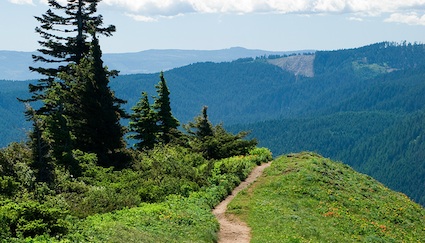 I rolled over, as one does in the middle of the night, and noticed my wife gone. This isn’t a rare occurrence these days, as the baby in her belly often wakes her up by practicing early morning ninja moves, or sometimes her crazy husband has a silly dream and ends up pointing a sharp elbow directly into her face (this only happened once, I’m sure). Point being, she understandably gets a bit uncomfortable and many times migrates her sleeping patterns to one of the two full-size couches in our living room or dining room. (Yes, we have two couches in our 500 square foot apartment, but that’s a neurosis to explore another day.) This time was different, though; her pillow had stayed behind.

I found her on the couch with her laptop, posting an update about our 32-year old friend, Will, who’s currently in a hospital at UCLA, dying of cancer.

Now as of this moment, Will is still here. We just saw him last night. We looked him in the eye and told him we loved him, and he responded the same. But I say “dying” instead of “living”  because there seems to be a clear difference between the two, doesn’t there? At some point you’re climbing the mountain, and at another point you’re going down the other side. What’s crazy to me is how we all completely missed the crest this time, with Will — it came and went so quickly as to not even really be noticed.

Most people, it seems, get to have their mountain crest late in life. Some time when your body gets old and more tired than it is today, you’ll walk over that peak and begin the descent. At some level, we understand this — although most of us try not to think about it too much. I don’t think anyone in our circle thought this was happening to Will when he was diagnosed with cancer less than 5 months ago. I certainly didn’t. He was young and healthy and, frankly, one of the finest human beings you would ever have the pleasure of meeting.

To be fair, we don’t yet know for sure that Will has crossed his final crest. We happen to be the type of people who believe in miracles, and cling as firmly to hope as one would a broken piece of a ship in the middle of a dark ocean. Despite this, we also recognize that right now, the Will we know is more gone than he is here, and that coming back from this — while certainly not impossible — would have to be generated by some Power truly extraordinary.

So in this moment, now 5:04am, I am reminded that no matter what kind of faith you believe in, or if you don’t believe in anything at all, in the issue of the mountain it doesn’t really matter. We are all borrowing time from somewhere else. Something otherworldly connects our beings to this life, and whatever that thing is, it is attached to our physical forms with a strong and fragile thread. No matter what you “believe,” the reality of the mountain of your life is true, and unless you’re the first person to avoid it, you’ll have a crest, too. If you are fortunate, you’ll get a long, slow, gradual, mostly-disease-free descent, and it will start when you’re much older.

My hope for you, and me, and all the people I love dearly is for that crest day to happen very far away from today, because let’s be honest: there’s much about this life that is pretty f*#&ing awesome. With every molecule in my being I want this to be true for Will, too — that this experience is just a blip on a much longer life; the deepest valley on a longer path.

My wife just finished her writing and returned to bed. She doesn’t have to be up as early as I do today, so I help make sure the blankets are snug around her, which she loves, I kiss her head, and take my laptop to one of our couches.

I guess I was just reminded by this most terrible situation that we all get a mountain to climb. One of the trickiest parts of the journey is that we just don’t know when we’ll cross our peak, how long our path down the hill will be, or how much of the descent we’ll have control over. Until that happens, I suppose all we can do is do our best to pick the right mountain (which we have WAY more control over than we often think). We may as well enjoy the scenery as we walk, right?*

*I’m pretty sure this is a continual work-in-progress, by the way. We can constantly learn more about what kind of mountain we ought to be climbing, who we ought to be climbing it with, and what we should be looking at along the way. My friend Will did this better than just about anyone I’ve ever met, and I hope he’ll come back and walk the path with me for many, many more years.