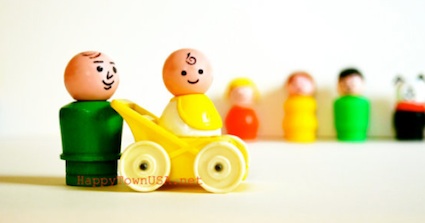 I know health insurance in the US is complicated for just about everyone. I will say, though, if your health insurance is provided through a company you work for, I hope you’ll pause for a quick moment of gratitude — you are blessed, perhaps more than you know.

For those of us who own our businesses or are otherwise “self-employed,” we are completely on our own for health insurance. We have to find it, apply for it, buy it, pay for it, and fight with it on a regular basis. And at every single (often grueling) stage of the process, it is exponentially more of a pain in the ass than it is through an employer.

Insurance for my wife and I is delightfully complicated, because I own my business and she works in television. Many people who work in the entertainment industry have access to great health insurance through their unions — her position of Associate Producer, however, happens to be in a black hole of unions. There just isn’t one for AP’s. (Weird, I know.) This means she has to be on a show/network that allows her to claim “non-affiliate” benefits. If the show/network says “NOPE!” she’s completely out of luck (here’s looking at you, Nickelodeon). If the show/network says “YES,” she can qualify — but only after she “banks enough hours” to do so.

She was able to do this last year, and got us pretty amazing benefits for a 6-month period, from Sept 2012 – Feb 2013. This was very nice, and particularly special as we happened to get pregnant during that window. Being the proactive folks we are, we researched all our options and decided that when her insurance ended on March 1, it would make sense for her to continue on COBRA through the summer to have the baby, and as of March 1 I would go back to a “cheap” catastrophic-only coverage type of plan until she gets us more “real” health benefits in the fall.

It turns out that once you’re an expectant father, you immediately get placed on the “high-risk” insurance list. (Apparently, getting your wife knocked up is considered a preexisting condition?) While part of me was flattered to be so intimately included in the birthing process (that would be sarcasm), most of me was flabbergasted — it seemed like it should somehow be illegal to deny coverage based on “impending father-ness.”

The reason for this, I learned (thanks to a good friend in the insurance industry), is that during the first 30 days of new baby’s life, if something were to happen to mama’s insurance, daddy’s insurance would HAVE to pick up the tab. So, instead of taking on this additional liability and risk, the health insurers just deny you outright.

Fortunately, we were able to get me on the COBRA plan as well, and while it doesn’t remotely resemble anything cheap (it’s roughly 2.5x the cost of the cheap plan I wanted), on the upside, I am able to load up on prescription nose spray again.