As we get started, I want to share something I learned toward the end of this year from a new friend and strategic business partner of mine, Chuck Blakeman. He shared something that was told to him by his mother years ago:

“There are no excuses or even reasons—there are only priorities.”

It’s hard for me to describe to you how deeply this resonates with me, and how profoundly it has already altered my thinking. So, with that said, I’ll make no excuses for what I’ll share below, but will instead offer my thoughts on how I occasionally prioritized other things over the goals I initially set.

So with that sentiment ringing in my/your ears, let’s get on with the show!

Ooof, it’s a bummer to start with this one. I made it to yoga twice (?) this year…? I drastically underestimated the number of other things I would prioritize when moving my family into a new city. I will say that I’m not giving up on my practice, though… more below in my goals for 2017.

2) Get my salary back to pre-merger levels

Definitely made huge strides on this over 2015, but we’re still not quite there. We’ve got a solid plan in place to make sure this happens by the end of 2017.

This goal was a big question mark for me for the whole first half of 2016—I was seriously considering making it happen even into Q2. Eventually, though, I decided to intentionally put it on the back burner and revisit it later, which is… well, now. I’m not going to put this into my official goals for 2017, but I will say that, as happens with crazy people like me who write, I have been waking up early some mornings with full chapters that I transcribe furiously into the Notes app on my iPhone from bed… in other words, I’m pretty sure Book #2 is coming soon.

We were dangerously close to seeing this happen—The Work Revolution decided to “present” a related event that I co-founded called the Rework CEO Summit, which was going to happen in November. At the last minute, we decided to postpone this event into 2017 due to scheduling conflicts with some of our attending CEOs. I am remarkably excited about this project, and fully expect it—and a couple other fun Work Revolution-related things—to happen in 2017.

Despite the total unmeasurable fuzziness of this goal, I consider it to be off to a very successful start! I’ve met some really fabulous individuals over the last year, and have very publicly told almost all of them my goal is to “meet all the cool people in Denver/Boulder over the next 5 years.” I’ve gotten connected to folks at the local chapters for NSA, ATD, OD Network, CultureLabx, Small Giants, and also a number of other groups I haven’t been able to actually attend yet. In December, I also joined a business owner group called 3to5 Club. I personally believe in building meaningful relationships, and as such, a thriving local network is a goal that will just take time; there’s no real way to rush or accelerate it—I just have to be persistent and genuine, which is my continuing intention.

7) 50% unstructured time (no meetings in afternoons)

This goal was a huge area of success for me. As my work/role has shifted from “consultant” to “CEO,” my time has been needed more and more in video chats and phone calls (these are what count as “meetings” for me). While this is understandable and (mostly) welcomed, the tangible effect of this transition was that by the end of 2015 I was feeling absurdly scattered and completely unable to find time to do more of the “creative” aspects of my work—those things that require solid, uninterrupted blocks of time so I can read / think / write / design, etc. without getting pulled out of my zone of focus by a 30-minute call that got plopped in the middle of my afternoon. Blocking my afternoons as sacred was magic, and I’ll be continuing it again this year.

Also, a quick note on this if you’d like to try it: know that it’s harder than it sounds (at least it was for me). I have to be continually diligent about protecting this time from myself, first and foremost, and then also be kindly insistent that other people (on my team, vendor-partners, colleagues, clients, etc.) respect my need for this as well. 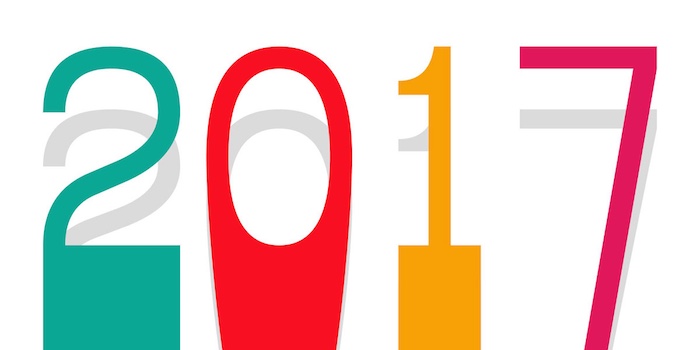