I didn’t make this goal—it only bumped from 5% to 8%. Though I will say (as I also mentioned last year), a big increase in consulting revenue impacts this pretty dramatically; meaning, even though the percentage increase isn’t large, the speaking revenue itself actually doubled from 2013. I feel pretty good about this, AND I will be putting a lot more energy behind building this side of my business over the next couple years. I find speaking to be quite enjoyable!

3) Clarify and integrate the consulting side of my business brand

I made huge strides on this goal in 2014—in fact, I’d say all the work I did here is what took the requisite energy away from meeting other goals where I missed the mark.

In a nutshell, I’ve decided to merge my solo consulting practice with another small consulting group owned by a good friend of mine, consolidating all my consulting work under the new brand we’ll be launching together. I’m going to write a whole post about this soon…!

I definitely failed here. I finished the year with 23 posts — which may not sound terrible, until you realize this means I made it only 44% of the way to my goal. Hardly a passing grade!

To celebrate my spectacular failure, here are my 4 favorite posts of 2014! ;-)

5) Record and release audiobook version of Igniting the Invisible Tribe

Not even close. Maybe crossed my mind once. Still something I’d love to get done, though!

7) Grow the Work Revolution movement via (at least) one large event, through doubling our tribe size, and by doubling our Revolutionary interview database

It’s a little hard to measure this one, as I (stupidly) forgot to note what the tribe size was when I wrote the goal. (So I don’t repeat that mistake, here’s our current numbers: 540 Mailchimp / 450 Twitter / 300 Facebook.) Overall, I’d say we “kinda sorta” achieved the goal. While we didn’t have an official Work Revolution event, we did co-host a pretty cool partnership event with a large HR group in California, which will likely inform a new series we’ll be sponsoring in the future. We published 13 new Feature Interviews in 2014, which is more than 1x/month, but we should have published 2x that many to meet our goal of doubling the database. I’m pretty sure our social media tribe at least doubled. 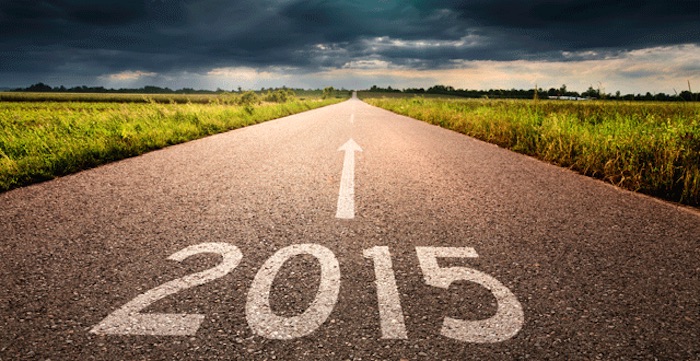