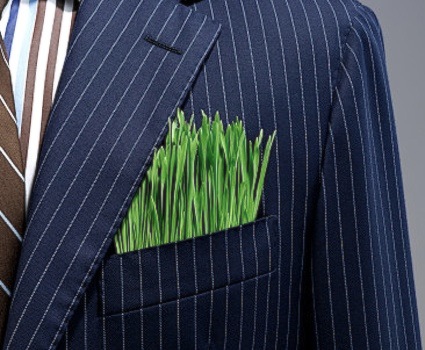 Earlier this week I met for happy hour with a dear friend and mentor. We’ve developed a 2x/year ritual where we get together at a mutually delicious spot on Ventura Boulevard, eat chips, drink a pitcher of margaritas, catch up, and swap business-y stories.

Towards the end of our conversation, after adding a quesadilla into the mix and my general enthusiasm + overly-animated hand gestures pulled a drink onto my lap (I was not toasty, btw, as this happened very near the beginning of our visit), we stumbled into territory around the sustainability of current work patterns.

Both of us work with some of the biggest organizations on the planet — global companies with employee numbers in the six figures, those kind of places — and we were finding ourselves on opposite sides of this argument:

Is the way we’re working sustainable?

You probably know my stance is a resounding NO. And usually, I don’t have to hit this point very hard before the person I’m talking to briefly closes their eyes, sighs sadly, nods their head, and agrees with me.

But my friend was saying something entirely different — that the people he works with aren’t suffering, but are actually thriving.

Are they obscenely busy? Yes.

Are they up at all hours for phone calls connecting in some part of Asia? Yes.

Are they hating it? Not in the least.

This has not been my experience at all, so I dug a bit deeper.

There were a couple things that I think explain our differences in perspective.

“You picked this game, so play it.”

First, my friend is an amazing executive coach. As such, part of his responsibility is to help people “grow where they are planted,” at least until they can move.

It does very little good to become extremely disgruntled with ones current situation; it’s far more productive to re-frame the experience in the positive and play by the rules. Like my friend said: “If you’re playing soccer, do you wish you could use your hands? Maybe, but then you wouldn’t be playing soccer. You picked this game, so play it. If you don’t like it, go play something else.”

There’s an incredible amount of truth there.

Here’s the first difference, though: my work isn’t really coaching — I think of what I do as more like a “game architect.” The questions I pose to organizations are: “What game are you making your people play? What lines have you drawn? Are they really the rules that get the best from your employees?”

Both important and valuable perspectives, I think, just very different.

“We’re looking at the wrong thing.”

Second, which I didn’t realize until I got home and changed out of my margarita-scented shirt, is that the issue I thought was about unsustainable work patterns really isn’t about the work pattern at all.

My friend made this point when we were talking, but somehow I didn’t connect the dots then: I work ridiculous hours. He works ridiculous hours. Entrepreneurs of all shapes and sizes have crazy work patterns — but a crazy schedule alone doesn’t necessarily correlate with hatred of ones life.

The schedule isn’t the issue at all. We’re looking at the wrong thing.

CHOICE of our schedule is the issue.

I suspect (my friend and I didn’t get to talk much about this, as I didn’t fully realize it until later) that his clients feel like they have more choice in their schedules than mine do. In these large organizations, he works primarily with more upper level executives. As a generalization, these folks tend to be at a place in their careers where they feel they have more options. Right now, my clients inside big companies tend to be mid-level managers, senior managers, and directors. These folks, in my experience, feel a tremendous lack of options, and in many cases feel trapped by forces beyond their control.

This means the challenge isn’t about busy-ness but about autonomy — how much we feel like we get to make our own decisions around when we work, how we work, etc.

This opens up an entirely new angle of discussion on this topic, because if I’m right and upper level executives are feeling more autonomous — that is, more power and control and choice around how and when they work — my experience tells me pretty clearly that these autonomous feelings are not “trickling down.”

Nor will it, I suspect, without significant effort on the part of the leadership. Why? Because leadership in organizations is like parenting: it’s more caught than taught. Your kids don’t do what you tell them to do, they do what you do.

When senior level leaders in our organizations are working crazy-ass hours — maybe even because they like it! — the message is that everyone should be doing this. A leader would have to work quite hard to convince their employees that they don’t have to answer emails past 9pm if they do it regularly themselves.

Unless the leadership is modeling the desired behavior, it’s pretty difficult (maybe impossible?) to get those habits to spread throughout an organization.

I never understood it quite this way before, but I think this is why emotional sustainability will be so hard to come by in large organizations — if upper level leaders feel like they already have the life they want, they won’t change. And in a hierarchy, without support “from the top” a change simply doesn’t happen.